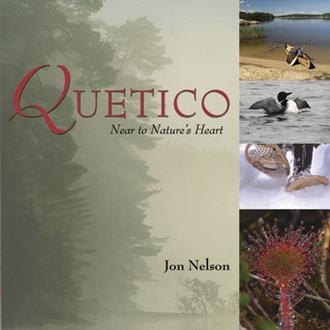 quetico: near to nature's heart

Quetico: Near to Nature's Heart

Quetico Park in northwestern Ontario celebrates its 100th anniversary in 2009. Long-recognized as a gem among parks, Quetico contains some of the largest stands of old-growth red and white pine in Canada , as well as a diversity of fascinating lichens, carnivorous plants in specialized habitats.

The author presents an insightful look into Quetico's natural history as he examines the adapations that have allowed moose, white-tailed deer, wolves and other mammals to survive. The human history of the park is also explored, beginning with the Objiwa living there when the area was designated as a park, followed by accounts of trappers, loggers, miners, park rangers, and poachers.

Beginning with the retreat of the glaciers, the author combines his thorough research into Quetico's long and varied history with the threads of his own extensive involvement with the park. The result is a splendid tribute to a very special place.