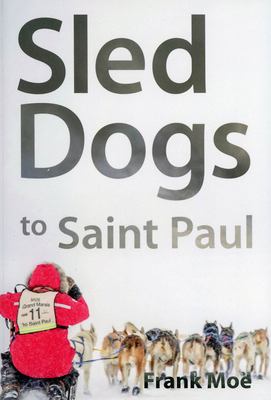 On 8 March 2012 Frank Moe completed a week-long 362-mile trek on a dogsled pulled by a team of ten dogs from Grand Marais, Minnesota, to the State Capitol in Saint Paul. He delivered to Governor Dayton over 12,000 petitions from Minnesotans opposed to sulfide mining in the Lake Superior watershed and very close to the Boundary Waters Canoe Area Wilderness. His successful trip—through challenging weather, trail and road conditions—brought to the attention of many Minnesotans the real risks that both Lake Superior and the Boundary Waters face from the proposed copper/nickel sulfide mines. Getting his sled dog team to the Capitol was so much more than that epic eight-day trip. It was in fact the culminating adventure of a much longer journey for Frank and his incredible dog team. The book 'Sled Dogs to Saint Paul' is the story of Frank’s discovery of dog sledding, and how the dogs came to be the focus of his life. Beginning with his first dogsled adventures on the lakes and trails near Bemidji, Minnesota, it continues to tell of Frank’s rise in world of sled-dog racing and what led to the mission that now drives his kennel. The story is sometimes funny, and at other times quite serious yet always epic in some way. Excerpts from this manuscript were first published in Flyway, Journal of Writing and Environment, in the Winter of 2011/2012.