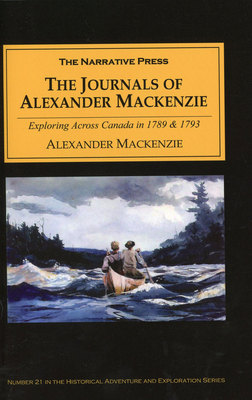 the journals of alexander mackenzie

The Journals of Alexander MacKenzie: Exploring Across Canada in 1789 & 1793

Scottish born Alexander MacKenzie (1763-1820) commanded Fort Chipewyan on Lake Athabasca in present-day Alberta for the North West Company from 1788 to 1796. In 1789 he followed a river (which later bore his name) hoping to reach the Pacific. Mackenzie thus became the first European to reach the Pacific coast north of Mexico by traveling from the east-- twelve years before Louis and Clark. MacKenzie's journal is unbelievably detailed, and his route could no doubt be followed today.