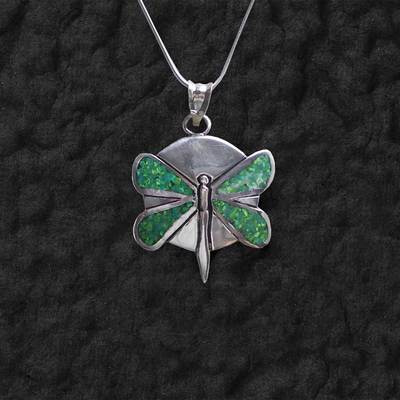 The Northwoods Dragonfly Pendant was made for us by Josef Reiter. Polished sterling silver inlaid with green opal wings. 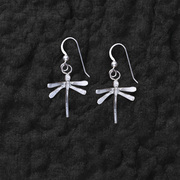