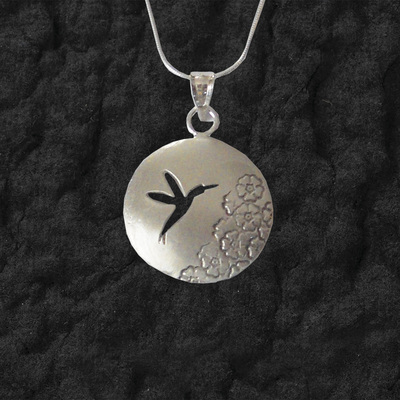 This beautiful necklace depicts a hummingbird in mid-flight stealing nectar from flowers. 7/8" diameter on a sterling silver 18" chain. 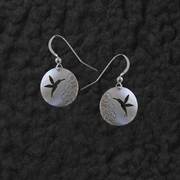 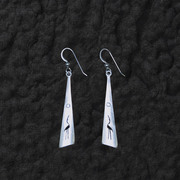 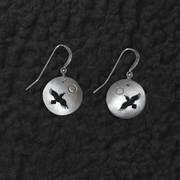