Loons are one of the few species that mate for life. This new addition to our loon collection features floral designs over a setting sun, giving this emblematic pendant great appeal. It has a satin finish. The pendant measures 1 1/4" by 7/8" and is hung from an 18" sterling silver chain.


It was at one of these powwows where he experienced a moment of clarity that resonates in his work to this day. 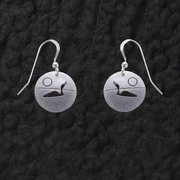 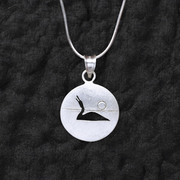 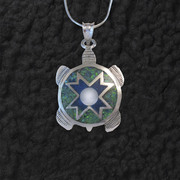 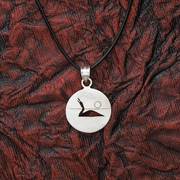 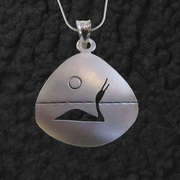 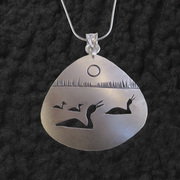