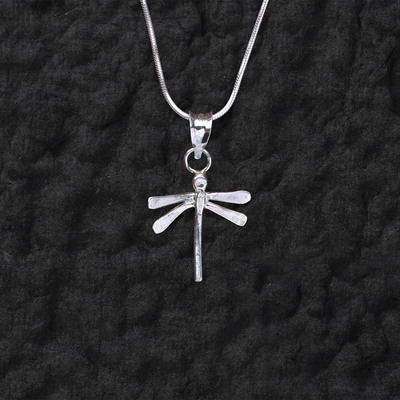 Josef Reiter has sculpted these dragonfly pendants by hand, and hung them from a sterling silver chain. Made of sterling silver, the pendant 1 inch x 3/4 inches falls gracefully from an 18 inch chain. 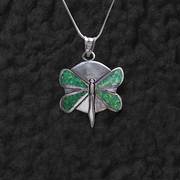