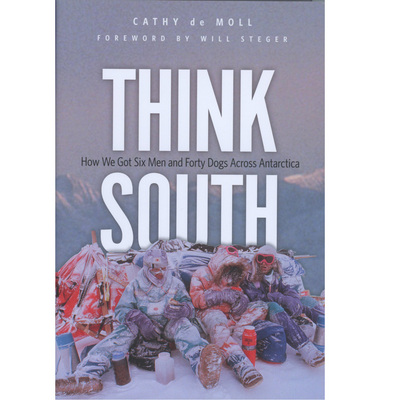 Think South: How We Got Six Men and Forty Dogs Across Antarctica

introduction by Will Steger

What does it take to move forty dogs, three sleds, twenty tons of food and gear, and six men from all over the world across nearly four thousand of the coldest miles on earth? Cathy de Moll, the executive director of the 1990 International Trans-Antarctica Expedition, introduces the wild cast of characters who made it happen, on the ice and off: leaders Will Steger and Jean-Louis Etienne, who first met accidentally, on the way to the North Pole; Valery Skatchkov, the Soviet bureaucrat who supplied a “hot” Russian airplane; Yasue Okimoto, who couldn’t bear to leave headquarters in Minnesota while her boyfriend was on the ice; Qin Dahe, the Chinese member of the team, who didn’t know how to ski; the millions of children who followed the expedition in schools around the world, learning about the fragility and ferocity of the seventh continent; and many others.  These stories of near misses and magical coincidences are as suspenseful and compelling as the expedition’s headlines—and they have never been told. But they also reflect the greatest lesson of the project: the international cooperation that was needed for the expedition’s success is every bit as essential for the preservation of Antarctica today.

Cathy de Moll, who has been a teacher, communications executive, writer, and entrepreneur, was the executive director of the International Trans-Antarctica Expedition. Will Steger led the first confirmed dogsled expedition to the North Pole, the first and only traverse of Antarctica by dogsled, and other remarkable expeditions. 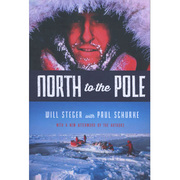 North to the Pole