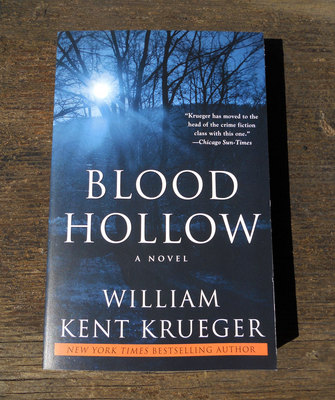 When the corpse of a teenage girl is discovered on a hillside three months after her disappearance on New Year's Eve, all evidence points to her boyfriend, Solemn Winter Moon. Despite Solemn's self-incriminating decision to go into hiding, Cork O'Connor, Aurora's part-Irish, part-Ojibwe former sheriff, isn't about to hang the crime on the kid, whom O'Connor is convinced is innocent. In an uphill battle to clear Solemn's name, Cork encounters no shortage of adversity. Some he knows all too well—small-town bigotry and bureaucracy foremost among them. What Cork isn't prepared for is the emergence of a long-held resentment hailing from his own childhood. And when Solemn reappears, claiming to have seen a vision of Jesus Christ in Blood Hollow, the mystery becomes thornier than Cork could ever have anticipated. And that's when the miracles start happening.