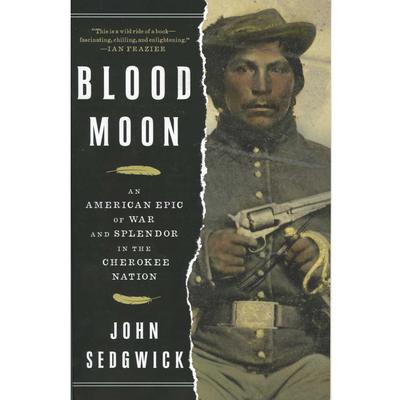 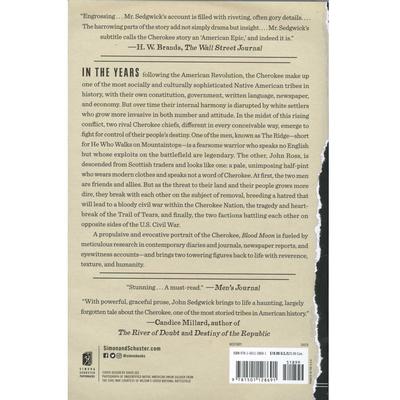 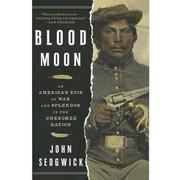 blood moon: an american epic of war in the cherokee nation

Blood Moon: An American Epic of War in the Cherokee Nation

In the years following the American Revolution, the Cherokee make up on of the most socially and culturally sophisticated Native American tribes in history, wuth their own constitution, government, written language, newspaper, and economy. But over time their internal harmony is disrupted by white settlers who grow more invasive in both number and attitude. In the midst of this risingconflict, two rival Cherokee chiefs, different in every concievable way, emerge to fight for control of their people's destiny. One of the men, known as The Ridge short for He Who Walks on Mountaintops is a fearsome warrior who speaks English but whose exploits on the battlefield are legendary. The other, John Ross, is descended from Scottish trade and looks like one: a pae, unimposing half-pint who waers modern clothes and speaks not a word of Cherokee. At first, the two men are friends and allies. But as the threat to their land and their people grows more dire, they break with each other on the subject of removal, breeding a hatred that will lead to a bloody civil war within the Cherokee Nation, the tragedy and heartbreak of the Trail of Tears, and finally, the two factions battling each other on opposite side of the U.S. Civil War.

A propulsive and evocative portrait of the Cherokee, Blood Moon is fueled by meticulous research in contemporary diaries and journals, newspaper reports, and eyewitness accounts and brings two towering figures back to life with reverence, texture, and humanity.