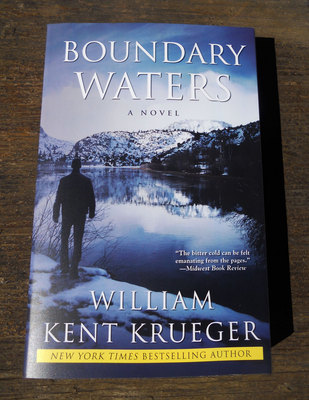 The Boundary Waters Canoe Area Wilderness: more than two million acres of forest, white-water rapids, and uncharted islands along the American/Canadian border. Somewhere in the heart of this unforgiving territory, a young woman named Shiloh, a country-western singer at the height of her career, has disappeared. Her father arrives in Aurora, Minnesota to hire former sheriff Cork O'Connor to find her. Cork joins a search party that includes an ex-con, two FBI agents, and a ten-year-old boy. But there are others on Shiloh's trail as well, men hired not just to find her, but to kill her.

As the expedition ventures deeper in the wilderness, winter falls hard, and Cork's team of searchers loses contact with civilization. Like the brutal winds of a Minnesota blizzard, death—violent and sudden—stalks them.