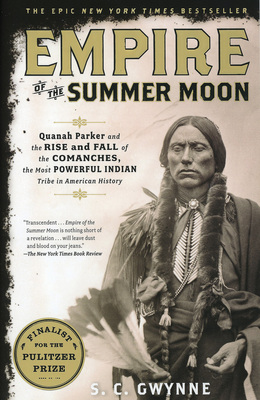 empire of the summer moon

S. C. Gwynne’s Empire of the Summer Moon spans two astonishing stories. The first traces the rise and fall of the Comanches, the most powerful Indian tribe in American history. The second entails one of the most remarkable narratives ever to come out of the Old West: the epic saga of the pioneer woman Cynthia Ann Parker and her mixed-blood son Quanah, who became the last and greatest chief of the Comanches.