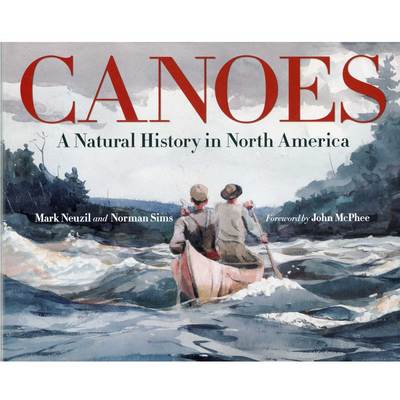 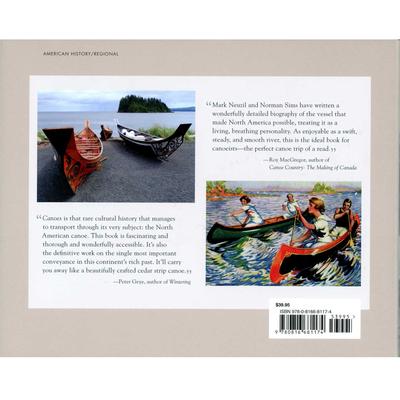 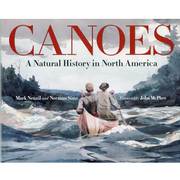 by Mark Neuzil and Norman Sims

Ancient records of canoes are found from the Pacific Northwest to the coast of Maine, in Minnesota and Mexico, in the Southeast and across the Caribbean. And if a native of those distant times might encounter a canoe of our day—whether birch bark or dugout or a modern marvel made of carbon fiber—its silhouette would be instantly recognizable. This is the story of that singular American artifact, so little changed over time: of canoes, old and new, the people who made them, and the labors and adventures they shared. With features of technology, industry, art, and survival, the canoe carries us deep into the natural and cultural history of North America.

Canoes lets us hear the voices of past paddlers like Alexander Mackenzie, the first European to cross North America, using birch bark and dugout canoes a decade before Lewis and Clark went overland, Henry Thoreau, Eric Sevareid, Edwin Tappan Adney, and others. Their stories are a tribute to the First Peoples who, 500 or 1,000 or even 5,000 years ago, built a craft designed to such perfection that it has plied the waters fundamentally unchanged ever since.

Canoeing with the Cree