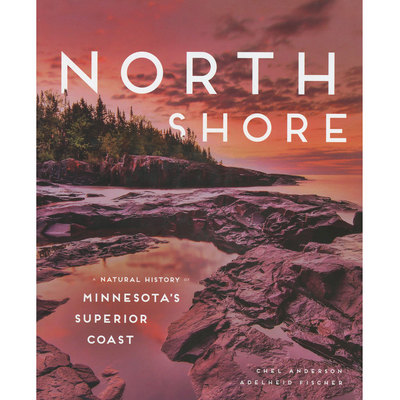 by Chel Anderson and Adelheid Fischer

Propelled by wings, fins, legs, and the wind, life has found a way to Minnesota’s North Shore for more than twelve thousand years. Some plants and animals have taken up residence in the region’s ancient mountains, others in its lakes and flowing rivers. Together, they weave a living fabric of sublime and fascinating beauty. These organisms come to life in North Shore, a comprehensive environmental history of one of Minnesota’s most beloved places.

The story of this region unfolds through the five interconnected areas of Minnesota’s North Shore watershed—the meandering rivers of the Headwaters, the deep and dense forest of the Highlands, the rocky Nearshore, the drama of Lake Superior, and its mysterious islands, including Isle Royale and Susie Island archipelagos. Each section begins with an overview of the forces that have shaped the area, then the focus turns to a wide range of inhabitants, such as chorus frogs and star-nosed moles, butterworts and coaster brook trout, jeweled diatoms and pitcher plants, black bears and blue-spotted salamanders. Each chapter links to the region’s broader history, from the sculpting of the land by mile-high glaciers to the role of scientific exploration, the advent of logging, the development of tourism, and the changing global climate. 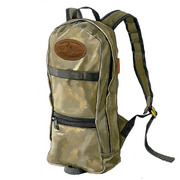