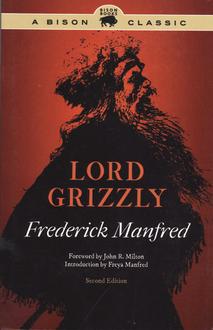 Hunter, trapper, resourceful fighter, and scout, Hugh Glass was just a rugged man among other rugged American frontiersman until he was mauled by a grizzly bear and left for dead by his best friends. Hugh's rage drove him to crawl 200 miles across dangerous territory to seek revenge until he was no longer Hugh Glass but had become Lord Grizzly.