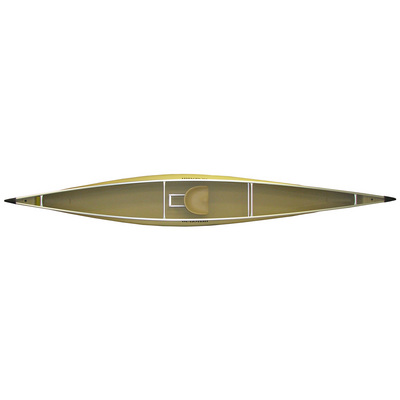 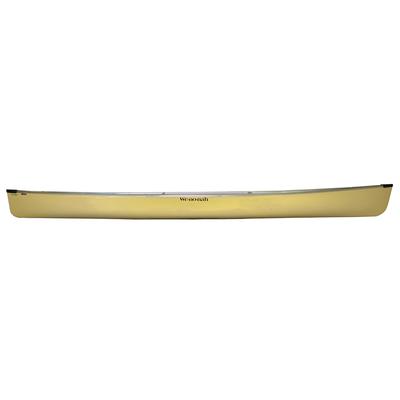 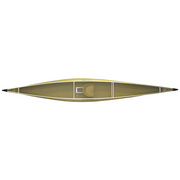 Made to track straight and travel fast with a load.

The solo version of our Minnesota II, the Voyager is long, lean, and quite deep. It has space and flotation for gear, with the efficiency to transport it well. A fine choice for lakes and open rivers, this hull addresses two salient issues:

A solo trip requires more than half as much gear, but with only half the power to propel it. While some other models can fit enough load, the Voyager hauls it farther with less effort. It makes longer and heavier solo trips practical.

Or, if a solo accompanies capable tandems on a trip, it usually must carry little gear, or it slows the pace. This hull makes the lone paddler an equal partner, hauling a fair share at a good rate.

To suit its mission, Dave Kruger has created our longest, narrowest solo. Significant tumblehome also promotes strong, comfortable strokes. These aspects and its shallow-arch hull give it better performance than shorter or wider hulls, especially when loaded.

Downsides? It certainly won't run slaloms, but slight rocker gives it proper agility for its purpose. The Voyager also prefers an adept paddler, or gear in the bilge to lower the center of gravity.

This hull is also rewarding to paddle light for lake touring, aerobic conditioning, etc., but we suggest you buy it mainly for long escapes, where the Voyager's supreme capabilities will add the most to your satisfaction. 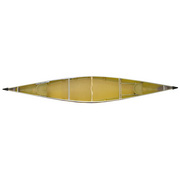 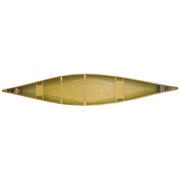 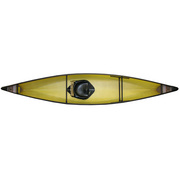 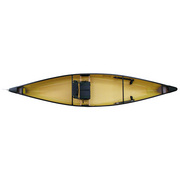 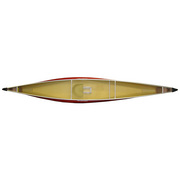